You could almost believe that Spring has sprung early with some unseasonably nice weather in London this week. However it looks like it is back to winter again this weekend with grey skies and showers. Cheer yourself up with art and culture this weekend.

180 Galleries in One Day

Looking for an intensive art hit? Visit London’s Olympia this weekend for Art 14. 180 of the world’s greatest art galleries will showcase their work this weekend. There is a wide variety of art on display including sculpture, media, painting and photography, and a chance to hear expert-led talks. 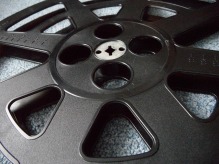 Reel Islington is a community film organisation bringing people together via their shared love of film. The theme of this year’s festival is ‘Home is where I want to be…’ and brings together established and up and coming film makers.

The World in One City

If the weather manages to hold there is always plenty to see on the streets of London. Why not see the world? The World in One City – Migration and the Making of Modern London is a walking tour offered by Footprints, describing how yesterday’s migrants created today’s international city. With migration being a hot topic at the moment this tour is particularly relevant.

Strictly speaking not in London but thanks to the wonders of modern technology you can watch this music festival online. Starting today this festival showcases the best in new music to celebrate the channels £2 million listeners that saved the station from closure.